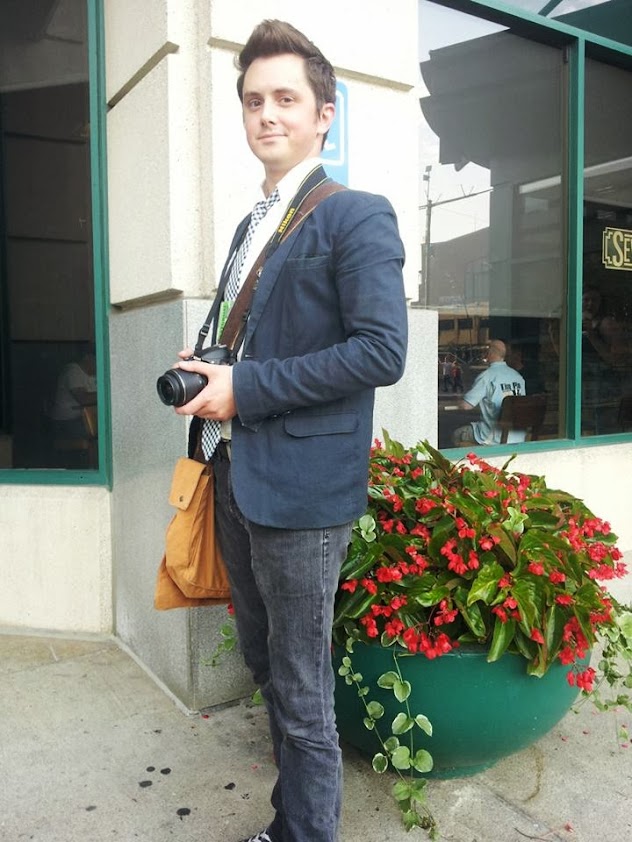 The latest project completed by Custom Wig Company was a semi-custom job for a cosplayer in a group of steampunk Ghostbusters who was playing Janine Melnitz. The group, who won first place in the group category at Gen Con last year was present again in greater numbers, and I was lucky enough to drive up to Indianapolis to attend!

Gen Con is an annual gaming convention, but it features so much more – there are tons of retail booths devoted to everything from Doctor Who to custom-made wooden gaming tables, seminars, artists and authors, and TONS of people dressed up as characters from every form of media imaginable. While I was there I snapped a few hundred photos, and at the end of this article you’ll find a link to my gallery of some of the best.

I spent most of my time wandering around and snapping photos, as I didn’t buy any event tickets (you have to pre-register for game demos and other things outside of basic admission), but that alone was worth the price of admission. I also was lucky enough to have attend with a group of friends from Michigan who I hadn’t seen in a while, two of whom participated in the X-Wing tabletop game tournament and did quite well – go, dual falcons!

The convention itself is absolutely huge – I saw several booths that I intended to revisit which disappeared into the massive convention hall, never to be seen again. The gaming hall where tournaments and demos were taking place was so large that the one massive room was divided up into multiple numbered halls color coded by tablecloths, and there were an innumerable number of simultaneous events taking place.

I went to the convention to cover a particular group, however – the Steampunk Ghostbusters. As I mentioned, CWC made a wig for Becky Catron – the woman playing Janine – and I had a chance to speak with her and the rest of the crew about their outfits and ensemble!

Hailing from Champaign-Urbana Illinois, the eigh-person ensemble is headed up by Jeremy Hawthorne and started attending Gen Con last year. Originally a three-person group, they won best-in-show at the costume contest last year, and added five more people for their second go at the contest. Anyone familiar with the Ghostbusters (I’ve been a huge fan since childhood) will instantly recognize the characters that were added to the troop – Janine (played by Becky), Dana (Lauren Nurse), Gozer (Jessica Miller), and “Steam-Puft” (Karl Schlipf) rounded out the four-man team of Jeremy, Wes Riggsby, John Neikirk and Lee Bynum. They hand-made every element of their costumes, with Jeremy going to great lengths to make their steam-infused proton packs into things of beauty. The gears inside the bottom of the packs actually turned very slowly on clock innards, with LEDs flashing to add to the effect. 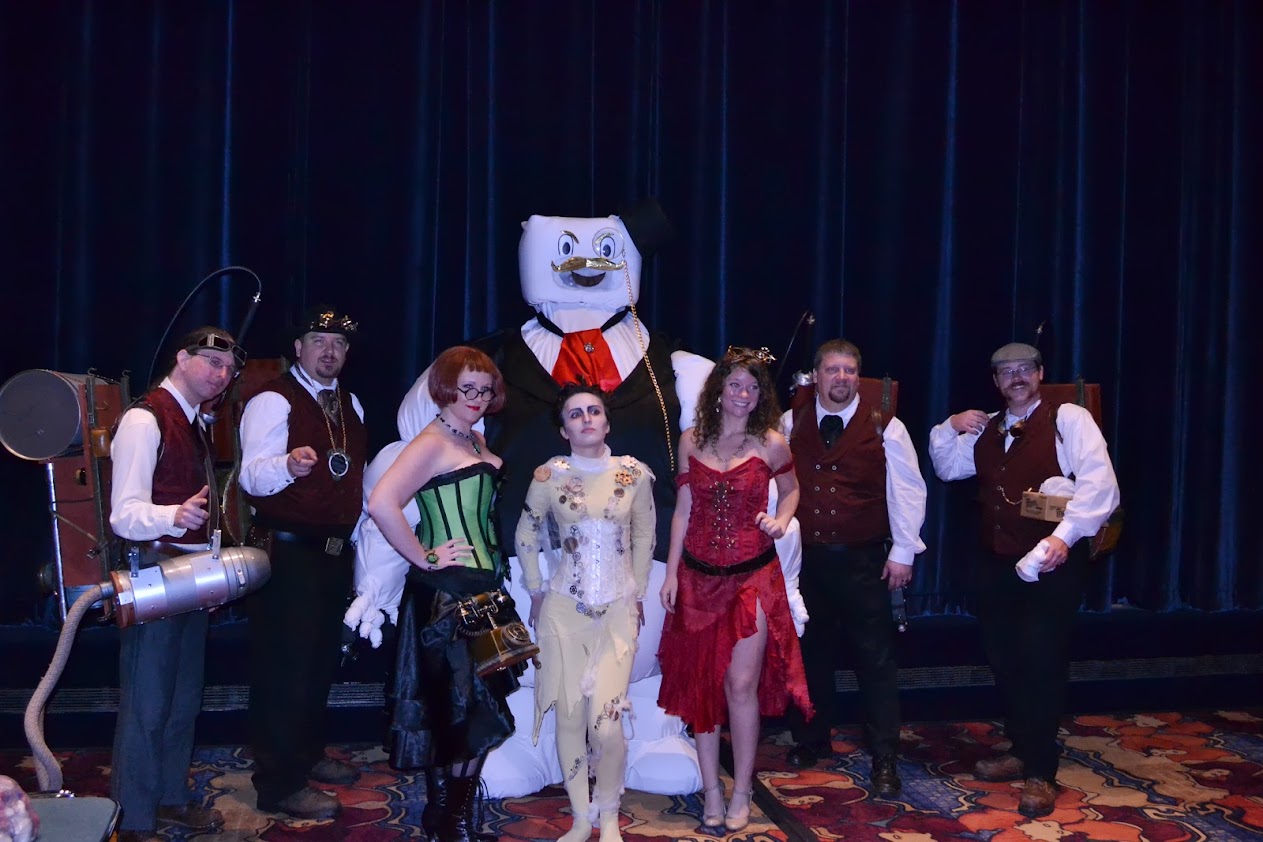 The most impressive piece of work was Steam-Puft. He stood close to eight feet tall and Karl was placed on buckets to add height. The outfit was made from furniture padding and chicken wire and contained nearly one thousand zip ties to keep everything in place. He had a built-in sound system that pumped out music from the films as well – and he was suprisingly mobile!

Not only do they make up a troop of incredible costumers, but Jeremy and John are also paranormal investigators on the side. They are two members of a group called the Anomolous Research Center, and have done a good deal of investigation into hauntings and odd events, even spending time researching Louisville’s own Waverly Hills Sanatorium. Jeremy spends time gathering raw data on paranormal events that he shares with other research organizations, using his technical skills to speed up the processes of finding evidence for (or against) the presence of ghosts.

Jeremy heard of the Custom Wig Company when researching a good hairpiece for Becky (also his girlfriend) online – Becky said that Jeremy is a stickler for perfection in his costuming and so was willing to go a little further to find a good wig! She told me that when they found that CWC was located in Louisville, they contacted us to see if they could stop in the next day for a fitting, as they were driving through Louisville on their way south for a vacation. We obliged, and the wig production began!

The piece is a partial custom, and is made from a retail-quality lace front wig (see my previous article for specifics on that kind of piece) that was re-fronted, cut and styled into a bob to mimic Janine’s hair in Ghostbusters 2. Becky’s natural hair is long and blonde, but with the application of the wig she changed her look completely. She reported that it was incredibly easy to put on and wear, and fit perfectly – with the hairline hidden by bangs and the sides she didn’t even need to glue it in place. Becky with and without the wig – quite a transformation!

The Steampunk Ghostbusters participated in the costume contest again this year, and since they won previously they were placed into the professional category. There were an incredible variety of costumes at the contest, and the Ghostbusters ended up placing second in their category, losing out to the eventual overall winners. While they went away with a second place finish, they were still pleased. Jeremy said that while they weren’t able to capture the top prize, they were competing against professionals, and beat them all out aside from the eventual winner. They should be proud of that, and Custom Wig Company was thrilled to add to their amazing ensemble.

About the Author: Brandon