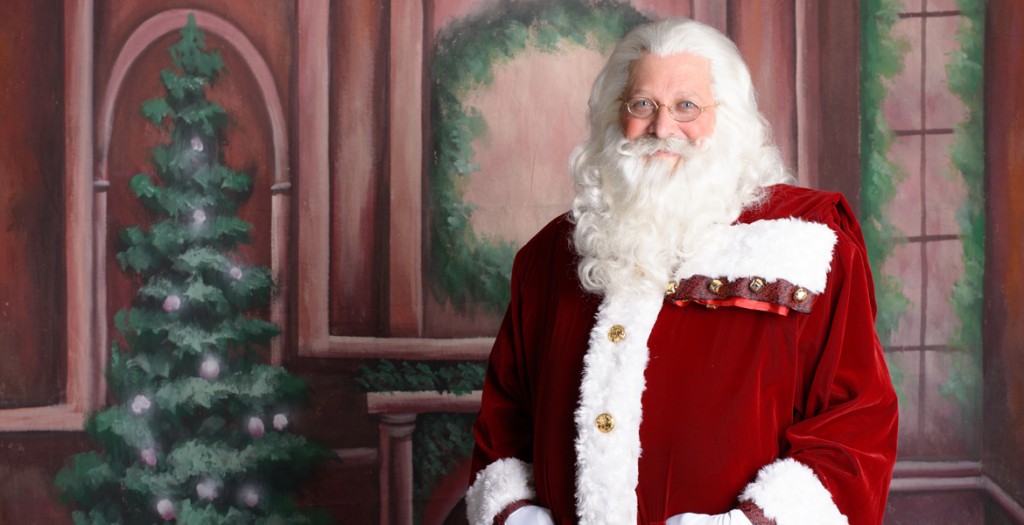 Our largest and most magical Santa beards and wigs.

Tier 3 is for Santas who want a very long or very full wig and beard. This is the tier for Santas who want something similar in scale to the Charles W. Howard yak sets or a traditional Father Christmas look. A Tier 3 beard can be the same length (approximately) as a Tier 2 or 2.5 beard but significantly fuller or it can be both longer AND fuller. Important things to know about Tier 3: The more curl or fullness a beard has, the more length is “eaten up”. Likewise, hair that is very long will not take and hold curl as effectively. That’s not to say you can’t have a long and full, curly beard. It’s just that there’s an intersection where the length and fullness meet. After that, a choice will need to be made to prioritize length or fullness.

A great way to understand this is to look at the very long Father Christmas beard on the left, and the very curly beard on the right.

Both are Tier 3 beards and were in fact built for the same Santa. While the Father Christmas beard has some curl, it’s concentrated at the ends. That’s because if we curled the entire length, the weight of the long hair would pull the curl loose and the curls would eat up the hair length, making the beard look shorter. If we combed out the curly beard until it was nearly straight, it would be quite a bit longer, because the curls would no longer be making the strands of hair shorter.

Which Custom Santa Wig & Beard Tier is Right for Me? If you have questions about our Santa items, use this button to email us.

Ready to order your very own custom Santa beard or wig? Click the red button to get started.

The most fun part of ordering your new wig or beard is picking how it’s styled! Our Style Guide is a catalog full of styles for you to choose from.

Our annual  Santa Care Cleaning and Maintenance Service is available each year for our Santa and Mrs. Claus clients. With this special service, you can send your pieces to us after the holiday season for a full cleaning and restyling, as well as repair and maintenance for standard wear and tear.

Santa Care enrollment for 2022 opens on January 2, 2023.  For more information on this service click the button below. Watch One of Our Santas Put On His Wig and Beard